In the Spotlight: E.G. Silverman 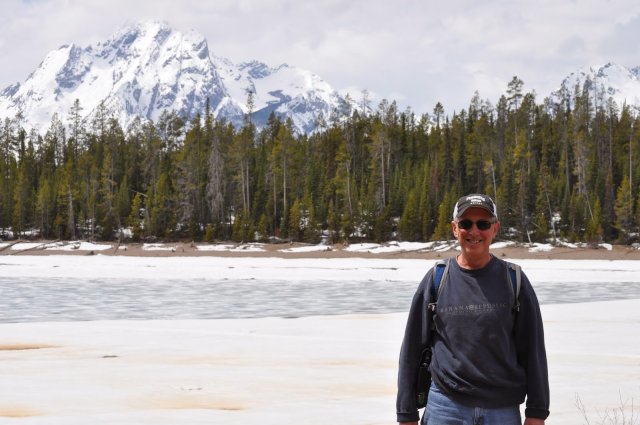 When it comes to writing, E.G. Silverman is blunt: “[T]here’s no magic involved. …[A]t the end of the day, writing is hard work, and only those who are serious about it will be successful.” The author of the story “Four Leads,” appearing in volume XXXV of The Worcester Review, Silverman here explains his writing process and influences (and what his writerly instincts would have him save if his house were on fire).

To paraphrase the Pope, who am I to disagree with F. Scott Fitzgerald? & However, in my experience, most writers write simply because they have to. Maybe they have something to say. Maybe they don’t. Do I? I’m not really sure, but I suppose that if my primary reason for writing was because I had something to say, I’d have said it by now and been long done with the entire enterprise. Writing is tough and, if anything, it gets tougher the more I’ve written. So, at the risk of over-generalizing, what writers have in common, at least writers who’ve been at it for decades, is some overwhelming, all-consuming, annoyingly relentless inner voice that just won’t leave them alone, a voice that needs an outlet, a voice that demands putting words on paper (or okay, a computer screen), a voice that makes them go to work every day, writing, writing, and writing some more. If that’s what Fitzgerald meant by having something to say, then, who am I to disagree?

You mention on your website that you have worked with Brian Morton, Sheila Kohler, Carol DeChellis Hill, and Jonathan Baumbach. Could you talk about how these writers have helped you develop your craft?

As I think most people who’ve studied with writers of this caliber will tell you, relatively little time is spent on the specifics of craft. These folks aren’t going to teach you how to write a sentence, how to make dialogue work, or how to create a narrative arc. Mostly, they try to instill an awareness and appreciation of the business of being a writer—and by business, I don’t mean the financial aspects, I mean the day-to-day work that’s required. They teach that first and foremost, you must respect the writing, both the process and the final product. You must treat it with diligence and seriousness of purpose from first draft through final revisions. They preach that good writing is all about the characters. Before embarking on a novel, or even a short story, be aware that you’re going to be spending a lot of time with these people, and you’re going to be asking your readers to do likewise, so you better create engaging characters. They need to be likeable or sympathetic or interesting—there has to be some reason that readers will want to spend time with them. When writing becomes drudgery (and yes, it happens), more often than not, it’s because you’ve created characters you really don’t want to be around. It’s time to ditch them and start over.

One last point that I’ve taken away from studying with these folks—there’s no magic involved. Being blessed with talent helps. Some people are more natural at it than others. But at the end of the day, writing is hard work, and only those who are serious about it will be successful.

When you write, do you begin with an ending in mind? Do you write the story chronologically? How did you go about writing “Four Leads?”

I do tend to write chronologically. I may later go back and reorder things but, for the first draft, I usually start at the beginning and move through time to the end.

“Four Leads” was a bit unusual. (Although, really, they’re all a bit unusual.) I started with a handful of details taken from life. I had a large maple next to the house with four leads being wired together so one wouldn’t break off and fall on the house. I had memories from childhood of a stuffed animal and the milkman, which I wanted to use somehow. I had a vision of an adult revisiting a childhood home. I had an image of a woman using her charms to manipulate a man, the tension it creates, and a little girl observing her and learning. I started writing, put the characters in place, and “Four Leads” is what evolved.

In your opinion, what is the most difficult part about editing fiction? In particular, how did you go about polishing “Four Leads?”

Everything about editing/revising is difficult. Polishing sentences drives me crazy. How can anyone ever be satisfied with a sentence? There’s always a different way to rewrite it, and then how do you decide which is best? Likewise with paragraphs, dialogue, characters, narrative arcs, and everything else. I keep going through it over and over and over again until I can’t see anything more to fix. Then I set it aside for a while and do it again. If I can read a story after enough time has passed so that I don’t remember it and then, when I finish, I say to myself, hey that isn’t bad, then it’s done.

The toughest part about finalizing “Four Leads” was deciding about the beginning and the end. I could have cut the first and last paragraphs so that the story would be set in the past rather than in the present looking back. Some could argue that framing it the way I have, and especially adding the last sentence, make it sentimental and detract from the story, and I’ve debated that point with myself at length. But in the end, the story is about looking back and the wisdom and sad beauty of distance and memory, so the paragraphs stayed, and I’m glad they did.

If your house were on fire, what is the one book (or literary work) you’d save? Why?

If the house is on fire, forget the books. I’m grabbing the memory stick with my files on it. Books can be replaced. That stick has decades of work. I do have a first edition of Richard Ford’s Independence Day inscribed with a nice note to me. But it has been gnawed on by one of the dogs, so I doubt it’s worth anything. Yeah, I’ll go with the memory stick.

The Worcester Review would like to thank E.G. Silverman for contributing to volume XXXV and for participating in the online blog series.